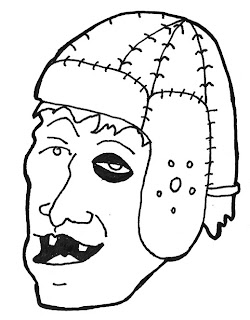 Football, as a sport, doesn’t make sense to me. It’s not that I don’t understand the rules—I do (for the most part)—but I find it odd that a “team” is made up of two completely different groups of men. With very rare exception (I’m thinking wide receivers who play cornerback or vice versa), no player plays on both sides of the ball. There are even two kickers with completely different responsibilities. Huh???

No other sport is like this. Baseball comes close with the designated hitter position, but excluding that instance, every player plays both offense and defense. And while soccer and hockey allow a team to pull the goalie, this is an exception versus a rule. Basketball, with its unlimited substitutions allows for some specialization, such as bringing in a 3-point shooter, but even that player has to play defense on occasion.

What’s my point? Bring back ironman football—the same guys play offense and defense. How different would that game be? How valuable is your slow-footed pocket passer as a Linebacker? How many cheap hits would a Cornerback make when he has to be the Wide Receiver on the next series?